Adam writes grant applications, edits various projects, and conducts archival research at Poetry in America. He has an MA in English from the University of Maine, and a BA from Colgate University. Angela Duckworth is Professor of Psychology at the University of Pennsylvania and the Founder and Scientific Director of the Character Lab, a nonprofit whose mission is to advance the science and practice of character development. In 2013, Angela was named a MacArthur Fellow in recognition of her research on grit, self-control, and other non-IQ competencies that predict success in life. Ann B. Friedman is the Founder of Planet Word, Museum of Language Arts. She was an elementary school teacher in Montgomery County (Maryland) and taught beginning reading for 9 years. Now an educator and volunteer, Friedman chairs the board of the SEED Foundation, the parent of the SEED schools of DC and Maryland, the nation’s only public, college-prep boarding schools. 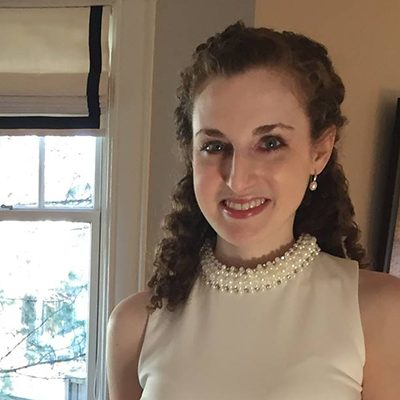 Caitlin is the Director of Education and Strategy for Verse Video Education | Poetry in America. Having grown up watching her mother, a high school teacher, find creative ways to incorporate technology into her lessons–even in the days before computers were classroom staples–Caitlin has been a believer in technology’s power to enhance learning for as long as she can remember.  Her desire to make high-quality educational materials accessible to teachers and students everywhere brought her to the Poetry in America team in 2014. Caitlin is a graduate of Harvard College, where she studied English and American literature with particular emphases on poetry and Renaissance drama. Deborah Hayes Stone is a clinical psychologist who received her BA from Brown University in Comparative Literature, and PsyD in Child-Clinical Psychology from Yeshiva University.  She has a private practice in the Boston metro-west area in which she sees adults and teens. Elisa (Lisa) New is the Creator and Host of Poetry in America, the Director of Verse Video Education, and the Powell M. Cabot Professor of American Literature at Harvard University, where she teaches courses in classic American literature from the Puritans through the present day.

New is the author of The Regenerate Lyric: Theology and Innovation in American Poetry (Cambridge University Press, 1992); The Line’s Eye: Poetic Experience, American Sight (Harvard University Press, 1999); Jacob’s Cane: A Jewish Family’s Journey from the Four Lands of Lithuania to the Ports of London and Baltimore: A Memoir in Five Generations (Basic Books, 2009); and New England Beyond Criticism: In Defense of America’s First Literature, A Wiley Blackwell Manifesto (Wiley Blackwell 2014). Her current book project is How to Read American Poetry, a companion text to the various projects embraced by the multi-platform Poetry in America initiative, to be published by Wiley Blackwell. Frank is an undergraduate at Harvard College, where he studies English with an interest in translation, queer literatures, and the digital humanities. Frank joined Poetry in America, first as a summer intern in 2018, and has been a member of the Poetry team ever since. Gillian Osborne is an Instructor for all Poetry in America courses at the Harvard Extension School, and a Writer, Editor, and Curriculum Specialist for courses and other projects in development. She holds a PhD in English from the University of California Berkeley and was a postdoctoral fellow at the Harvard University Center for the Environment prior to joining the Poetry in America team.